Cloudback archives not only the whole git repository but GitHub-specific metadata as well. The list of metadata we are able to backup is not complete and is limited by the GitHub API. 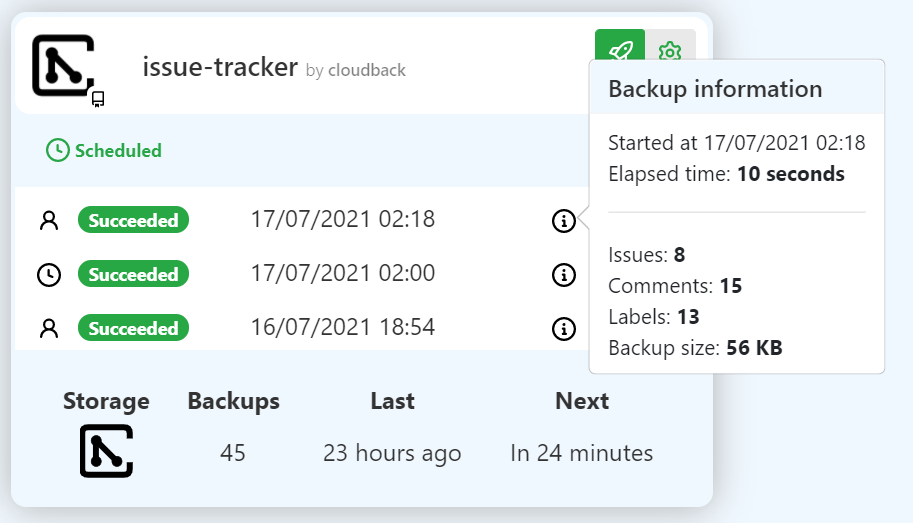 What is included in a backup?

Here is the list of repository’s data in a backup archive:

Metadata is stored as a JSON file per data type in the same format we download it from GitHub. If you want us to add any additional metadata into a backup, please, let us know or just create a feature request and we will consider implementing it.

Metadata that is not included due to GitHub API restrictions

We can’t backup or restore this data because of GitHub limitations. Please let us know if there is a mistake or API is changed - we will fix it as soon as possible.